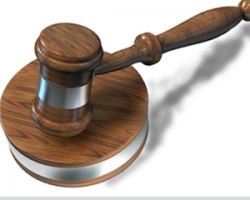 A Long Beach Fire Department captain got five years formal probation and one year in county jail for a hit and run DUI in Seal Beach. A judge imposed the sentence on Tuesday, Nov. 29.

If the convicted drunk driver violates the terms of his probation, he could serve four years and four months in state prison.

Prosecutors said John David Hines, 39, Huntington Beach, was driving with a blood alcohol level of .24 percent, three times the legal limit, at the time of the April 1 collision.

Hines pleaded guilty on Sept. 6, to one felony count each of driving under the influence of alcohol causing bodily injury, driving with a blood alcohol .08 percent or more causing injury, hit and run with injury, and sentencing enhancements and allegations for causing great bodily injury and having a blood alcohol level over .20 percent.

However,  that sentence was stayed pending successful completion of five years of formal probation and one year in jail. He was also ordered to pay $102,000 in restitution to the victim.

The Orange County District Attorney’s Office argued that Hines should be sentenced to a state prison term based on the severity of the crime and that he should be held to a higher standard because he has worked as a paramedic, responded to scenes such as this, and knows first-hand based on his job the dangers of drinking and driving.

According to prosecutors, on the morning of April 1, Hines consumed alcohol and became severely intoxicated at a bar in Long Beach.

At approximately 1:20 p.m., Hines drove erratically while going eastbound in his Chevrolet pick-up truck on Westminster Avenue in Seal Beach.

Hines lost control of his vehicle. He suddenly swerved into the bike lane and dirt shoulder.

Without slowing or hitting his brakes, he crashed into 47-year-old bicyclist Jeffrey Gordon.

The victim was thrown from his bike over 70 feet and landed on the shoulder of the road. Hines did not slow down or hit hit his brakes after crashing into Gordon. Hines fled the scene.

Two separate drivers who witnessed the crash followed the defendant and called 911. Hines drove to his Huntington Beach home, where he was contacted by the Huntington Beach and Seal Beach police departments.

According to prosecutors, Hines displayed objective signs of intoxication, smelling of alcohol, bloodshot and watery eyes, unsteady balance, and a strong odor of urine from his clothing. Approximately two hours after the crash, Hines had a blood alcohol level of .24 percent.

The force of the impact from the crash caused by Hines left a blood splatter on the defendant’s vehicle and resulted in major front-end fender and hood damage.

Gordon was transported to Long Beach Memorial Medical Center to be treated for head trauma, severe lacerations and bruising to his head and body, internal injuries, and spinal and vertebrae injuries. Gordon remained in the hospital for two weeks and continues to suffer pain as a result of his injuries.

Gordon prepared a written victim impact statement to be considered at sentencing.

“I am a very active person who enjoys being outdoors with my family,” Gordon wrote.

“I also have a very mentally and physically demanding job that I love. All of that was taken from me in just seconds,” he wrote.

“As a result of the impact, I was seriously injured, receiving an 18 cm head laceration, cranial bleeding, three broken vertebrae, a bruised kidney and multiple cuts, scrapes, and contusions over a large area of my body,” Gordon wrote.

“Medical expenses are piling up from the long hospital stay and treatment from so many specialists. so far reaching nearly $65,000. The doctors are not yet sure when or if I will recover enough to return to full duty at work or to the quality of life that I had before,” Gordon wrote.

Found Property—4:25 p.m.—Ocean Avenue—A citizen found a hypodermic needle and turned it in at the Seal Beach Police Department’s substation at the foot of the Seal Beach Pier. The needle was disposed of.

She quoted him as saying she made an illegal U-turn. Police unit M6 determined it was a verbal dispute over a traffic incident.

Transient—3:37 p.m.—Pacific Coast  Highway—The caller said a man, who the caller described as a transient, was sleeping outside of the north entrance. The caller wanted him to leave.

The Public Works Department told the police that it was actually a drinking fountain shaped like a fire hydrant. Public Works worked on the fountain on Wednesday, Nov. 23.

Disturbance, Noise—1:25 a.m.—Montecito Road—The caller said an unknown number of individuals were gathering at the location and making too much noise. The caller said this was an on-going problem and was willing to sign a complaint. Police unit 206 was unable to locate the noisy gathering. Dispatch phoned the caller and reached the caller’s voicemail.

Citizen Assist—9:43 p.m.—Island View Drive—The caller said she locked her keys in her car and could not get inside her home.

The call was canceled before a unit could be dispatched. AAA was able to open the caller’s car so she could retrieve her keys.

The caller did not believe anyone was home. Police unit 242 checked the rear of the property and then checked the interior.

Unit 242 secured the house and determined no further police services were necessary.

Counseling—11:39 a.m.—Pacific Coast Highway—The caller requested counseling about a customer who had come in twice that week with two suspicious individuals.

The caller said the customer was making larger than normal withdrawals.

The caller suspected possible financial elder abuse. The two suspects would not let the bank employees talk to the customer alone. Counseled.

Welfare Check—6:21 p.m.—Seal Beach Boulevard—The caller said a woman with a child in a carrier was asking for money.

The officer contacted the people in the two cars. They were newspaper delivery people.

Counseled—8:14 a.m.— Green Avenue—The caller said he was involved in a traffic collision and the other party was sending him harassing text messages. Police assisted in contacting the other party and both parties agreed to let their insurance companies handle the collision and repair issue.

Disturbing Party—9:32 p.m.— Farquhar Avenue—The caller complained about a loud beer party in an upstairs back apartment. The caller was concerned about people leaving the party and driving. The homeowner at the residence was contacted and said that he had just gotten home and that there was no party. The rear of the residence checked out and there was no sign of a party.

Disturbance—10:36 p.m.—Green Avenue—The caller said that a man in the alley was banging on things and working on his motorcycle. The caller believed that the subject is running a business out of his garage. Officers heard no noise. The man in question said he works on his motorcycle in his garage. He was advised that it was almost 11 p.m. on  a Sunday and that he needed to shut the garage and end the day. He complied.

Petty Theft Report—12:03 p.m.—Harrisburg Road—The caller, relaying second hand information from a neighbor, said someone took a UPS package off a front porch. The log did not include a description of the suspect or the suspect’s gender. The suspect drove a white Toyota Camry four-door.

Suspicious Vehicle—1:12 p.m.—Copa De Oro Drive—The caller said a white truck was parked in front of a residence and that the owner of the residence was not home.

Citizen Assist—11:14 a.m.—Silverwood Drive—The caller said a man came to the caller’s door an hour ago and the caller thought this was suspicious. The deputy who responded determined that no further police services were necessary. The man in question had left the area.

Suspicious Circumstances—3:46 p.m.—Martha Ann Drive—The caller said a man was on the side of her house. She thought he might be casing the neighborhood. The suspect was described as a Hispanic man, heavy set, wearing a cowboy hat, white shirt and gray pants. He was holding onto a lawn mower.

Suspicious Person in Vehicle—3:50 p.m.—Tigertail Drive—The caller said a car occupied by a driver had been parked there for two hours. The caller said the car was unknown to the area.