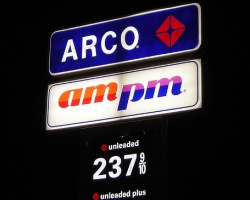 For the second time, the Seal Beach City Council on Monday, July 12 endorsed the “dig and haul” option for decontaminating the Bridgeport neighborhood.

The council authorized the city manager to send a letter to the Orange County Health Care Agency that asked the county to direct ARCO/BP America to excavate the contaminated soil under and near the ARCO gas station on Pacific Coast Highway.

The plan offered three alternatives to cleaning up the site. ARCO has expressed a preference for electrical resistance heating—using electricity to cook toxic chemicals out of the soil and groundwater—as a way to decontaminate the area. However, ARCO officials have indicated the company is willing to excavate the area. Excavation is commonly referred to as “dig and haul.”

Legally, the county health agency will decide what clean up method ARCO must use.

The seven-page letter was in response to ARCO’s Revised Corrective Action Plan for cleaning up the Bridgeport neighborhood site. ARCO submitted the plan to the county on June 19.

The letter said the plan failed to identify groundwater and soil clean up levels. The letter also said the plan’s evaluation of clean up alternatives was “seriously flawed.”

“Excavation and backfill remedies are proven technologies that have worked for decades to achieve regulatory goals in a cost-effective manner,” the Seal Beach letter said.

The letter went on  to say that only excavation was effective in removing hydrocarbon contamination at this site.

“The city also does not understand the CAP’s preference for ERH based upon alleged regulatory simplicity,” the report said. The city letter quoted the ARCO plan as saying excavation would require a California Coastal Commission permit “in contrast to ERH.”

“But the ERH project will require demolition and removal of the existing service station,” the Seal Beach letter said.

In fact, all the alternatives listed in the revised CAP would require demolition of the Bridgeport area gas station, according to a recent e-mail to the Sun Newspapers from B.V. Castillo, a BP America representative.

The Castillo e-mail contained a table comparing the three alternatives for cleaning up the Bridgeport sight. The document said the company had not yet decided whether the gas station would be rebuilt after the decontamination process is complete.

Mario Voce, a member of the Seal Beach Environmental Quality Control Board, said the board supports excavation that includes the entire contaminated area, not just the area that was specified in the ARCO plan.

Bridgeport resident Bill McNally agreed. “I endorse the approach of the city to hold ARCO accountable for cleaning up the contamination they’ve caused,” he said.

The underground storage tanks of the ARCO station on PCH have leaked at least twice since the 1980s. Last summer, evidence of gasoline vapor contamination was found in the soil near the gas station. Twenty-five Bridgeport homes are in the “study zone” near the gas station.

Robert Goldberg, another Bridgeport resident and a local activist, said he would like to see the city send a letter to the owner of the strip mall next to the gas station.

He was apparently commenting on the fact that some of the decontamination effort might affect property that does not belong to ARCO.

“We want no more surprises, no more delays,” Goldberg said.

Mayor David Sloan directed City Manger David Carmany to have staff send a notice to the company that owns the strip mall.

Mario Facoboni, a member of the Bridgeport Technical Advisory Committee, said the excavation boundaries suggested in the ARCO plan had fixed boundaries. Those boundaries apparently address the entire area that appears to be contaminated.

“It’s not a proven technology, first of all,” he said.

Facoboni predicted there would be another corrective action plan before the process is complete.

Councilman Charles Antos said ARCO needed to be put on notice that everyone in Seal Beach wanted all the contamination removed from Bridgeport.

“Whatever it takes,” he said.

The motion authorizing Carmany to send the letter to the county health agency passed by a vote of 5-0.