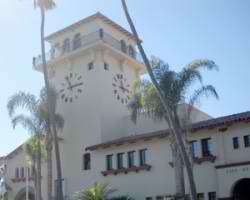 The City Council members, acting as the members of the newly formed Parking Authority, voted unanimously to make the parking agency a member of the Seal Beach Finance Authority Monday night. This was apparently necessary because the Finance Authority needed multiple members to legally function and it has had only one member since the state abolished redevelopment agencies. Resident Joyce Parque, a frequent council critic, questioned the legality of the notice of the “special meeting” of the Parking Authority, which was held after the regular council meeting. Parque said she was shocked the announcement wasn’t in the paper the previous week.

However, City Clerk Robin Roberts said notice was issued pursuant to the Brown Act. She said a notice was provided to the Sun and posted on the city’s website. The special meeting notice, which the Sun received last Thursday, cited California Government Code 54956, which requires public notice at least 24 hours before a special meeting and 72 hours before a regular meeting of an agency. Roberts said a published notice was not required.

Parque also expressed concern that the Parking Authority would be used to issue a bond without a vote by the public. Parque said the city’s redevelopment agency issued bonds and the city was still paying them.

City Attorney Craig Steele said there was no bond posted on the Parking Authority agenda. According to Finance Director Victoria Beatley, there are multiple layers of meetings that have to be held before a bond can be issued. District One Councilwoman Ellery Deaton said if debt is proposed, it has to come before the council and then go before Parking Authority. She said there would be plenty of time for the public to give their input. She said the decision would remain with elected officials and not with staff.

Teresa Ho-Urano, who works with Steele at the law firm Richards Watson Gershon, said in order for the Finance Authority to continue to exist, it needed a new member. She said the Parking Authority was an ideal tool.