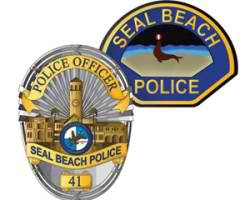 According to a staff report prepared by Seal Beach Police Commander Phil Gonshak, the measure has been approved for distribution by those seeking to put the measure on the November 2018 ballot.

The issue was on the Consent Calendar. Consent items are voted on collectively, with no discussion by council members unless an item is removed from the calendar.

According to Gonshak’s report, the Reducing Crime Act would increase penalties by reinstating felony convictims for “serial theft” when someone is convicted of a third theft of cash or property worth $250, increase the list of violent crimes “for which early reelase is not an option,” require Parole Board hearings to look at an inmate’s entire criminal history and reinstate DNA collection for crimes that were made misdemeanors by the passage of Prop 47.

Earlier this month, the Seal Beach Police reported that so-called Part 1 crime increased 29 percent in 2017. With the exception of homicide (a murder-suicide last summer), which remained unchanged from 2016, all violent crimes and all property crimes had increased.

There were 811 Part 1 crimes in Seal Beach last year. That number includes the known simple assaults. (Some jurisdictions only include aggravated assaults in their annual Part 1 crime data.)

Commercial Burglary—Midnight—Seal Beach Boulevard—There was no forced entry. The crime was apparently not an act of shoplifting.

Drug Paraphernalia—12:53 p.m.—Seal Beach Boulevard—Police received a report of someone in possession of unlawful drug paraphernailia.

Drug Paraphernalia—1:33 a.m.—Pacific Coast Highway and 12th Street—Police received a report of someone in possession of unlawful drug paraphernailia.

Shoplifting—9:51 p.m.—Pacific Coast Highway—Police received a report of the shoplifting of property worth less than $950.

Municipal Code Complaint—9:39 a.m.—12th Street—Police received a report of unauthorized removal of materials (which were not specified in the log) from containers.

Petty Theft—9:59 a.m.—12th Street—An individual reported the theft of bicycles. The number of bicycles was not specified.

Check Fraud—Ironwood Avenue—Police received a report of someone being the victim of check fraud between 3:04 and 3:o5 p.m., Monday, April 9.

Do you feel safe in Seal Beach?

Email your thoughts about public safety to editor2@sunnews.org