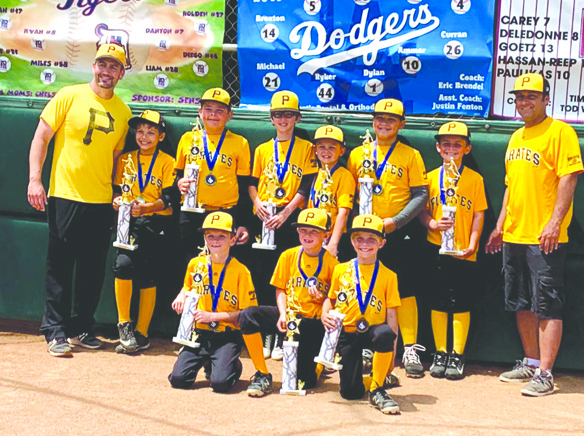 Saturday, May 18, brought an end to another successful season for Seal Beach PONY baseball. Families gathered at the fields for the season’s Championship games, the Home Run Derby and closing ceremonies.

Championship games provided another exciting day of baseball for SB PONY families. On the Pinto field, the first place Reds proved to be a formidable opponent who came out on top earning first place medals. Over on the Mustang field, The Pirates took an early lead against the Indians which was held to clinch the win.

The final event of the day was the annual Home Run Derby. Players and parents took part in a friendly batting competition to determine who would reign as the league’s top hitters for 2019. The results are as follows:

It was the perfect ending to another year of Seal Beach PONY baseball.