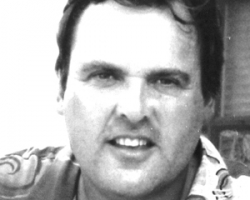 The Cypress College American Foundation has selected James C. Caviola as the citizen of the year for the city of Seal Beach.

He has been chosen for his volunteerism and dedication to improving the environment with beautiful trees.

Caviola has removed over 10,000 tons of concrete from the city’s parkways and planted over 1,000 trees and grass in these parkways, using his own money.

In 2000, Caviola went before the City Council for permission to put planters down the center of Seal Beach Boulevard and has planted over 3,000 trees in these streets dividers.

Caviola formed a committee to help him with that project.

He has sponsored five beach parties, raising money for Seal Beach, which have each been attended by 500 to 750 people.

His work has beautified Seal Beach and enhanced bio-filtration by slowing run-off into the ocean.

His last project was on Lampson Avenue, where he planted trees with the help of the crew of the Navy ship USS O’Brien.