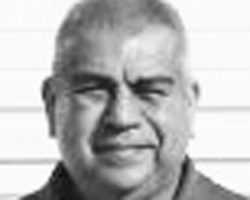 On Sunday, Aug. 15, Rossmoor resident, Diane Jenkins heard her newly adopted dog fighting with another animal in her backyard. She entered the yard screaming her dog’s name, Wendy.

Instead, Diane was confronted with a coyote charging at her in the middle of the night. Diane, being quick-thinking, grabbed her patio chair and fought with the coyote that was attempting to bite her. Her dog, Wendy, came to her rescue and chased the coyote off her property.

The horror of this story has just begun because many of you will not believe what occurred to Diane seeking immediate help from this attack. Diane immediately called “911” and was told by the Orange County Sheriff’s Department that since this was an animal related incident they would not get involved and transferred her to O.C. Animal Care.

Diane was victimized again when she heard a very nice officer informing her that they would be glad to come out but it would take them about an hour to chase the coyote off if she wanted them too.

The Rossmoor Predator Management Team upon hearing Diane’s story was upset but not surprised with the inaction of Orange County government. Since May of this year to present, there have been 13 pet killings, eight pet attacks, plus one human attack. The majority of these killings and attacks have been in residents’ backyards. One small dog was even dragged out of its doggy door and remains were left at Hopkinson Elementary School.

The RPMT first sought the assistance of Supervisor John Moorlach. He was able to get Cal Trans to commence to clean up its self-created wildlife habitat behind Martha Ann. Cal Trans has only now begun to clean up this fire hazard to Martha Ann and Rossmoor residents.

Cal Trans first stated that the results of their wildlife biologist confirmed that there were no coyotes behind Martha Ann. Obviously, this wildlife expert was blinded by the overgrown foliage on Cal Tran’s property.

Ray and Kay Shelton are constantly awakened by the coyotes howling at night behind their home. Cindy Quon, Cal Tran’s director for District 12, now states that the coyotes are only transitional. The Conn family has witnessed coyotes behind their home on Martha Ann for five hours. Jason and Cory Conn know there are coyote dens behind their home and their two little daughters live in fear of entering their own backyard to play.

The first call Rossmoor residents normally make is to OC Animal Care only to find out they will only act if the coyote is on private property and is an immediate danger to the resident. They stress the distance and time of arriving to the troubled caller’s home as they have no sirens or red lights to respond to the emergency call. OC Animal Care will immediately tell you that coyotes are the responsibility of the Department of Fish & Game.

If the governor wants to save California, Arnold should think about cutting the Fish & Game Budget. The Rossmoor Predator Management Team met with Lt. Kent Smirl, who stated that the Department of Fish & Game will only respond if a child is bitten. RPMT thinks that this is an outrageous, short-slighted policy but Department of Fish & Game Director McCamman has never refuted this statement. More importantly, with Diane Jenkings getting attacked, Fish & Game has done nothing to resolve the imprinted coyote issue.

Supervisor Moorlach has written a three-page letter to Rossmoor officials and residents in reference to the coyote issue. The bottom line states that coyotes are not the responsibility of Orange County. The RPMT wonders if Rossmoor is being punished because we never incorporated as a city and have chosen not to become part of Los Alamitos.

With school in session, RPMT hopes that parents are extremely cautious of their children on school grounds, parks, backyards and sidewalks. Unfortunately, like Diane, it seems that we all have to get used to defending ourselves.

Dave Lara is a member of the Rossmoor Predator Management Team. Ron Singer, Cathie Williams and Rebecca Lara contributed to this article.