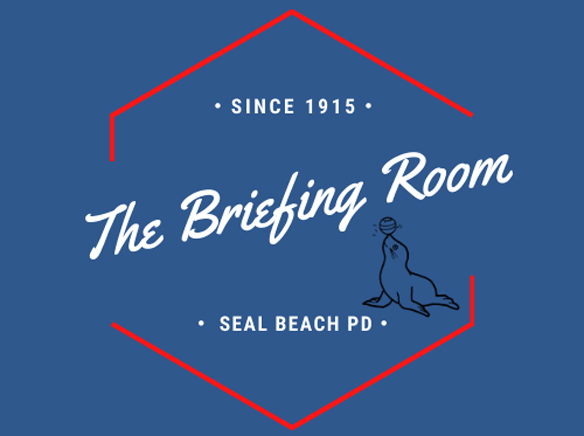 Over the last couple of weeks, we’ve received several messages from the public regarding the Seal Beach Police Department’s position or take on the Black Lives Matter movement.  Many of the comments we’ve received have been supportive of our efforts to establish dialogue with everyone in the community.  Others have criticized us for accepting a donated meal from a local group who also supports the BLM movement.

Specifically, we received an email last week from a resident who clearly did not hold those associated with BLM in high regard.  This person was obviously very concerned about how the SBPD could accept a donation from a group that is apparently attempting to disband police departments nationwide.

To many, BLM or other political or civil moments are extremely polarizing.  What is critical to remember is that the Seal Beach Police Department always strives to be apolitical.  We intentionally do our best to not get involved in any political movements.  Our job is to protect the community, all members of the community, regardless of what they believe or stand for.

We absolutely love the outpouring of support from members of this community and donations of meals and snacks to the Seal Beach Police Department and West Cities Communications helps boost morale and reminds our personnel that the all of the Seal Beach community appreciates our efforts.  Some may not be aware that even as recent as a couple weeks ago we also accepted a meal donated by Orange County Supervisor Michelle Steel (on her own accord and wallet), who wanted to show her support of Law Enforcement.  It would not be fair for us to accept a meal from one group without accepting it from another.  Could you imagine if we turned down a meal from either of these groups or individuals?  That would never happen, because we truly love all snacks, not just donuts…

Most importantly, because the goal of the Seal Beach Police Department is to serve the public fairly and with the community’s interests in mind, it is important for us to be open to having conversations with those involved in both sides of any argument.  Regardless of where you land on the political spectrum, I’m sure you can understand that our intention is not to side with one side or the other, but rather be open to having tough conversations with EVERYONE so that we can better serve this wonderful City.

It is only through having these tough conversations that we resolve systemic issues that plague our nation.   Although they can be sometimes uncomfortable, we have to have the courage to engage in them.

Although there are so many unknowns during these difficult times, we do know that no matter what actions we take or do not take, we will end up upsetting some segments of the community.  Undoubtedly, even in Seal Beach, things will become more political, more polarizing, and emotions will run high the closer we get to the election.  So Seal Beach partners, please be kind to each other and be willing to have uncomfortable conversations with your neighbors.  We are all united in the love for this incredible community.  Please do not ever forget that.

As always, please send us some police related questions — we like answering those much more!  Send them to askacop@sealbeachca.gov.  Thanks!