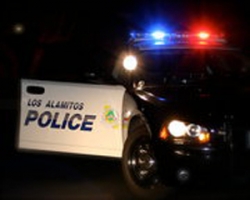 A man tried to pull an 11-year-old boy off his bicycle as the child peddled down the 4000 block of Green Avenue in Los Alamitos on Friday, March 25.

The boy was going west, the adult was going east—and the man tried to grab the child.

The boy managed to escape and peddled away as quickly as possible.

“What I’m guessing is, he just wasn’t able to get a good enough hold of him,” said Capt. Bruce McAlpine of the Los Alamitos Police Department.

Other news outlets have reported that the attempted kidnapping took place a block from the Los Alamitos Family Festival at Laurel Park.

Police, however, did not see a connection between the festival and the failed abduction.

“We did not make that association with the carnival,” McAlpine said.

He said the news organizations might have been speculating.

As for the investigation, McAlpine said police planned to “re-canvass” the neighborhood where the incident took place, meaning officers would survey people in the area again in an attempt to get more information about the case.

On Friday, the 11-year-old boy found an adult bystander and told the adult what had happened.

The adult called the police.

Cypress and Seal Beach police worked with Los Alamitos officers to close off the area in hope of catching the man.

The suspect fled the crime scene on foot. He was last seen going east on Green Avenue and south on Noel Street.

McAlpine said the crime didn’t fit what people think of when they hear about a child abduction.

He said the crime did not appear to be well thought out. McAlpine said detectives are looking at all possible angles on the case. The suspect was described as a white man, 30 to 40 years old, 5 feet 10 inches tall, weighing approximately 150 pounds.