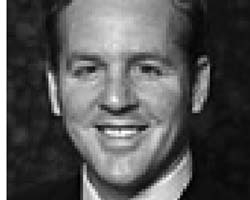 “The price of freedom is eternal vigilance” Thomas Jefferson

The debate over Sunset Beach’s fate, if it is to become part of nearby Seal Beach or Huntington Beach, or incorporated as its own municipality has proven to be a complex one. Those of us invested in or following the process, realize that there are no easy answers.

Over the last six months or so, much time, money, and energy have been expended on this issue by the engaged parties (the two cities, the County of Orange and the Sunset Beach Community Association) and all signs point to their increasing in the new year.

Not surprisingly, there is a sentiment in our communities that this is a non-issue, that minor changes if any will result from  the beach community going one way or another and that the debate and the endeavors of each party are for naught.

Quotes from civic leaders on all sides have been published that express views that an imminent annexation by Huntington Beach is a sign of the times and attempts to halt this process are a futile blockade against progress.

However, isn’t openly engaging the decisions that affect our community our duty as citizens and more productive than passing the buck now and complaining later?

Sure, it would be easier to let the city councils rule and to follow their policies without much input or care, but don’t the decisions that governments make unilaterally and without community input invariably lead to discontent?

Isn’t it more productive to hash-out the issues, ask ourselves the tough questions, and take the time to establish an agreeable consensus before issuing policy?

The question at the heart of the debate is one of the toughest man has ever known. The history of nations and civilizations, of war and peace, and the painstaking emergence of democratic society can all be traced to, have their roots in, the exact same question that we are deliberating here and now, on January 28th  2010, in the northwestern tip of Orange County, California. With a cherished beach and quaint strip of historic road hanging in the balance, we ask ourselves-whom governs whom? and by what right?

Though in scale town hall meetings and possible city annexation do seem insignificant to, say, the American Revolution, nevertheless, they are bound in principal.

We are considering (or should be) the right that the founding fathers of this country placed their lives on the line to establish for us: the right to self-determination for the people.

No government, city, state, or federal, shall lay claim to power without the people’s consent.

Thankfully, we live in a time and place, where violence and revolution are unnecessary to protect this most vulnerable of rights; we have thoughtful, grassroots, community organizations to fight and protect where, once, only armed conflict would do.

Is it really a sign of our times that small communities are endangered and cornered and disappearing at the hands of larger powers, governments and otherwise, or is this trend more or less a constant throughout history? Are not the significant times in our past characterized instead by regular citizens response to these forces, banding together to protect what is meaningful and of value, much like the Sunset Beach Community Association is doing now? Perhaps their work, entrenched in the same ideals that led to American independence, is the truer sign of our times.

Is progress really a force that is beyond our control? Is it progress that uproots the heritage and valued institutions of a community, or is this something else? All movements forward in time do not involve improvement. When Joni Mitchell saw man “pave paradise and put up a parking lot” and lamented “you never know what you got till it’s gone,” was she describing…progress? Likewise, are we destined to regret letting a hidden gem of beach a few miles long go “corporate?” True progress is integrating the good of the past, and actually enhancing it, with the advancements of today. It is not bulldozers, it is not parking meters on the greenbelt, and it is not increased tax-revenues. Together we can meet the challenges of today while preserving a dignified way of life. This is progress.

Lastly, if we continue to allow the current trend of city, county, and state governments, to grow in size, mismanagement, and insolvency to the point that they must annex and generate profit from every strip of land, each and every grain of sand, then we might as well admit today, that in our children’s generation, with all the beaches long ago divided up and exploited, governments will have to turn their attention to new ways of generating income- and begin to annex the sunset.