The Seal Beach Lions current president declared the 2022 Fish Fry was one of the top five Fish Fry events in the event’s history in a recent email.

According to Seal Beach Lions Club President Scott Weir, an estimated 3,000 individuals attended the Fish Fry. The estimated profits for the Fish Fry and car drawing: $90,000. Weir wrote that it was too early to get exact figures.

Weir attributed the increase to money from the car drawing. Lion Scott Newton reported attendance was 10% higher than 2021. “Our volume was up 16% but we made about the same amount of money due to inflation,” Newton wrote.

The line for tickets (and for food) was long early Saturday afternoon, July 16, the first day of the two-day event. At the time, Weir said that the crowd usually picked up around 3 p.m.

“The 78th Annual Fish Fry was a big success. This is the longest running community event in Seal Beach and boy did the community support us,” Weir wrote in a Monday, July 18 email.

“We had visitors from out of state as well and other Lions Club’s representatives from as far as Sacramento came to support this amazing weekend fun,” he wrote.

The winners of the car drawing were:

“When the Lions Club’s fish fry began in 1944, it was a celebration of the local fish harvest,” Weir wrote.  “The club prides itself on keeping this tradition alive, and while it no longer harvests its own fish for the celebration, the spirit of coming together to enjoy good food and good company is still very much in keeping with the club’s roots.” He wrote that all of the proceeds from the Fish Fry and opportunity drawing support more than 120 Seal Beach Lions service projects, including the upcoming Arts and Craft Faire, Christmas Parade, California Lions Friends in Sight Clinics, Diabetes awareness and International Lions disaster relief. 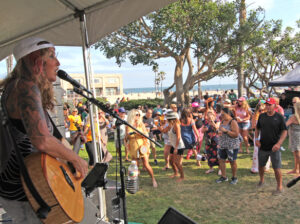 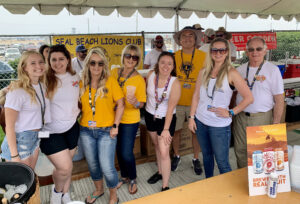 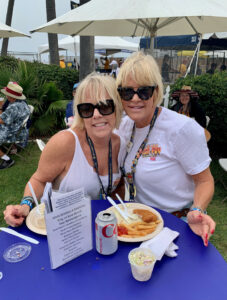 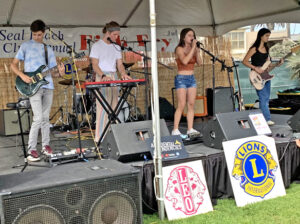