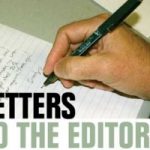 Somebody please explain to me how the 911 emergency dispatch system determines that a helpless baby in imminent danger of dying is less important than the life of some jerk huffing a can of aerosol spray.

As reported in the Sept. 13th, crime section of The Sun, a 15-month-old infant was locked in a car at the hottest time of day on the hottest day of the year. Police received this report as a priority 2 incident. Same day, four hours later, police are dispatched to a report of someone semi-conscious who had been inhaling fumes. This call rates a priority 1.

Helping a wannabe junkie is more important than saving a baby in danger of a horrible death?

I just gotta hear the official explanation on this one!